Warning: A non-numeric value encountered in /home/wp_as6mwz/masscann.org/wp-content/themes/Divi-6/functions.php on line 5806 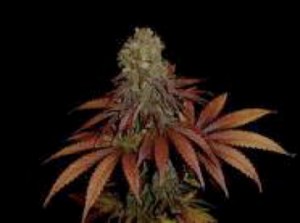 Bay State Repeal and MassCann’s Andy Gaus co-authored an article that was picked up by AP and Boston Herald.
http://www.bostonherald.com/news_opinion/local_coverage/2015/03/pro_pot_legalization_group_warns_against_excessive_taxation

BOSTON — A group pushing for a 2016 ballot question on legalizing the recreational use of marijuana is warning against imposing excessive taxation or fees on the sale of pot.

Bay State Repeal on Wednesday released a statement saying it welcomes a bill filed by more than a dozen Massachusetts lawmakers that would allow marijuana to be taxed and regulated like alcohol. The bill also would let adults 21 years or older possess and grow limited amounts of marijuana.

But the pro-marijuana group says if taxes and fees are too high that will force up the cost of pot and help maintain a black market in the state. It says that could have the unintended consequence of giving minors the ability to continue obtaining marijuana illegally.

“A major aim of legalization is to limit access to minors by driving out the black market,” the group said in its statement. “But inevitably, unlicensed producers will continue to supply consumers at the black market if legal marijuana is more expensive.”

The bill sets out a strict tax structure for growing and selling pot. It would require pot processors to pay an excise tax of $10 per ounce during the first year the law took effect and up to $50 per ounce during the law’s fourth and subsequent years. The bill also would impose a separate tax based on the level of the psychoactive ingredient THC found in the marijuana.

The bill is sponsored by two Democrats: Rep. David Rogers, of Belmont, and Sen. Pat Jehlen, of Somerville. It’s co-sponsored by 13 other lawmakers.

The Bay State Repeal group said a new cannabis commission is “a waste of taxpayer dollars and a mandate for overregulation.” It said the job of licensing should be left to the state Department of Revenue.

The fate of any marijuana legislation is unclear on Beacon Hill.

Gov. Charlie Baker, a Republican, has said he opposes legalizing marijuana. He says he wants to see how the legalization of pot plays out in states that already allow it. Colorado, Washington state, Washington, D.C., and Alaska have legalized the recreational use of pot.

But Baker has praised Massachusetts Senate President Stanley Rosenberg, a Democrat from Amherst, for trying to gather more information ahead of a possible 2016 ballot measure. Rosenberg has created a special Senate committee to study the issue.

Massachusetts voters have been open to the idea of relaxing marijuana prohibitions.

In 2008, they approved a question decriminalizing small amounts of marijuana.

In 2012, they approved a question legalizing up to 35 medical marijuana dispensaries statewide. That effort has stalled with no dispensaries currently open.

This site uses Akismet to reduce spam. Learn how your comment data is processed.